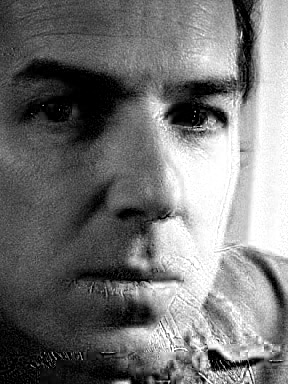 Michael Blake was born in Cape Town, South Africa in 1951. He studied at the South African College of Music in Cape Town, the University of the Witwatersrand in Johannesburg (Bachelor of Music degree) and University of London Goldsmiths College (Master of Music degree). In 2000 he was awarded a doctorate by Rhodes University in South Africa. From 1977 to 1997 he was based in London as composer, pianist and teacher. He formed London New Music in 1986 and was the group’s pianist and conductor for ten years, giving many concerts and broadcasts in the UK and Europe. He performs throughout the world as a soloist and in a number of duos, playing new music. He has lectured at amongst others, Goldsmiths College (London), Rhodes University (Grahamstown) and the Janacek Academy (Brno). He is Artistic Director of New Music Indaba, South Africa’s only new music festival, and President of the South African Section of the ISCM.


Instrumentations are shown numerically in the standard orchestral order of woodwind-brass-timpani.percussion-harp-other instruments-strings (all five parts unless otherwise specified). Additional instruments or doublings are shown by their appropriate abbreviations within this framework, where + means doubling and opt. means optional. A zero (0) indicates than an instrument is not scored.

indicates an orchestra of

"Michael Blake's Self Delectative Songs fell gently and pleasingly on the ear."; (Malcolm Hayes, The Times)

“Michael Blake’s divertimento on African traditional music, The Seasons, made an unpretentious and brightly-heard finish to the evening.” (Bayan Northcott, The Independent)

Quintet for Basset Clarinet (or Clarinet) in A and String Quartet (1990)
for classical or modern instruments
basset cl (cl in A ad lib).2vn.va.vc
12 minutes
commissioned by Yorkshire Arts for Lesley Schatzberger and the Fitzwilliam Quartet
Score BD 0605; Parts BD 0605/1
lst performance: University of York, 7 March, 1991, Lesley Schatzberger and the Fitzwilliam Quartet

“It was an easy-going piece, based largely on African musical sources, its minimalist gestures reminding me strongly of the Stravinsky of around 1914.”   (David Mather, Yorkshire Evening Press)

“...a short piece with aspirations of epic. It starts out as an engaging pastiche-cum-homage to the giants born in 1685 but then develops into less tonally certain areas.”  (Guy Rickards, Tempo)

“Michael Blake's composition Let us run out of the rain persists in the memory, captivating above all with its playfulness and simplicity, with the infusion of a poetic sense characterized by clarity of ideas and delight in the creation of music.” (Igor Berger, Musical Life, Bratislava)

“...a short piece with aspirations of epic. It starts out as an engaging pastiche-cum-homage to the giants born in 1685 but then develops into less tonally certain areas.”  (Guy Rickards, Tempo)