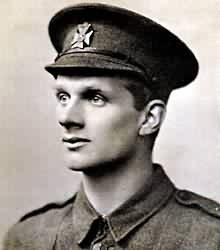 Cecil Frederick Coles was born at Kirkudbright, Scotland on 7th October 1888 and was educated at George Watson’s School, Edinburgh where in 1907 he won a scholarship to study at the London College of Music. He later joined the Morley College Orchestra where he met Gustav Holst who was teaching music at the newly formed educational college for workers. After attending Edinburgh University he won a scholarship for composition at the Stuttgart Conservatory and it was here that some of his early compositions were first performed. At the end of his studies he was appointed assistant conductor at the Stuttgart Royal Opera where he met many of the day's leading musicians whilst taking a leading part in the city's English community. He became organist and choirmaster at the English church St. Katherine's and it was here that he met his future wife, Phoebe Relton. Returning to England in 1913, work was hard to find and for a time he toured with the Beecham Opera Company eventually settling down in London where he rejoined Morley College as a teacher of elementary harmony and sight-singing. In July 1914 his dramatic cantata “Fra Giacomo?was performed at the Queen‘s Hall. At the outbreak of the First World War he was immediately called up being already in the Queen‘s Victoria Rifles in which he was regimental Band Master. He continued to compose even during action, sending manuscripts back to Holst, whenever possible. During a period of withdrawal, a shell destroyed all the bands instruments (and some of his manuscripts) and on 26th April, 1918 he was killed by a German sniper whilst on active duty retrieving the wounded.

Titles shown in italics are considered to be lost